We are being bombarded with new concepts on a daily basis and oscillate between panic and excitement.

While last week I suggested that all we need to do is to cling onto forward momentum like our lives depended on it. This week I am faced with a new obstacle to progression - the building of mental hurdles or blocks.

We have retros every week where we look back across the journey and pick out the highs and lows. Each week there seems to be a new most-hated buzzword.

In week 2 most people were flummoxed by RSpec but by week 3, we had shifted our animosity to the concept of mocks and doubling.

Interestingly in that week 3 retro, RSpec didn’t even feature on the board. It had dropped out of the charts like a sinking stone and my guess is that mocks and doubling won’t make an appearance in the next retro. We will have moved on inevitably to a wholly new world of stress and pain.

I’m fascinated by how we learn and how we don’t. We were introduced to a continuum that pitched ‘doing’ at the opposite end to ‘understanding’.

I can see amongst my cohort that we have some deeply studious types that sit firmly on the ‘understand’ end of the seesaw. I reckon at university they had to be coerced to leave the library at closing time. Probably around the same time I was stumbling out of the pub in search of chips and curry sauce.

These are people who are most comfortable building very strong foundations and its hard to knock that as an approach. If we were building houses, I would want to employ this type of person to complete the job.

Are we building houses though?

We’re on this intense 12 week coding bootcamp experience at Makers. While I might like to come out the other end as Hotshot Coding Genius I am open to the idea that 12 weeks may not be quite enough time and that I might have to content myself with graduating as a Passable Coder with oodles of potential. My goal is not to declare myself as a hotshot ‘mocker and doubler’, so I am content to be able to do just enough mocking and doubling to enable me to code my way towards my main goal.

Back to the house building analogy. I think our 12 week journey is more like building an urgent shelter on a desert island, to keep us safe from monsoon weather conditions and sand flies. If I build foundations in this scenario they are shallow and dug quickly. I’m going to be gathering branches and bracken and assemble something rickety at rapid rate. 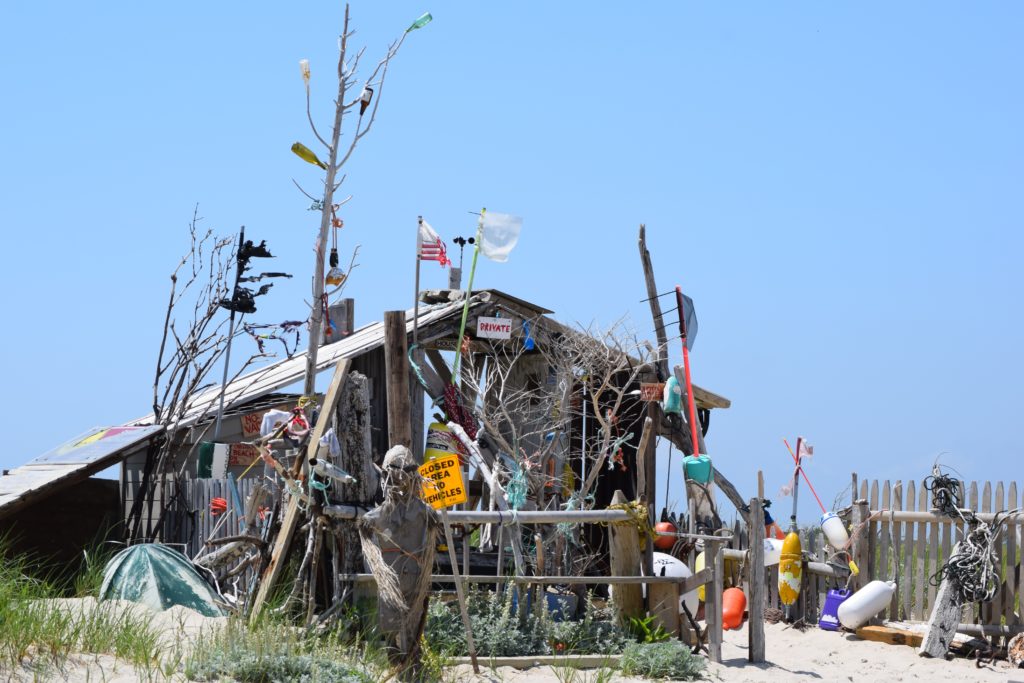 My shelter will be put to the test on the first night and I accept that it might be uncomfortable and bits may fly off in the wind, but tomorrow I will wake and start to shore up my defences.

My learning style tends much more toward the ‘doing’ end of the spectrum - I like to read the instruction, understand the challenge and then proceed in a logical manner. If there is too much fluff to read and understand then I’m going to glaze over and get bored.

If I can paint a tiny picture in my head of the new concept, I will hypothesise that it is enough and put that to the test by moving on. It will eventually become apparent if my mental model is failing me as the brakes will be applied.

As an example we have started to talk about servers and we are in fact working with them. I believe I may even have installed one on my Mac.

My mental model looks a bit like this! server

I read the word server, see this picture which tricks my brain into thinking it’s comfortable and I move on.

If pushed to explain a server, I would sweat a little and waffle on about “a thing that gives up info in response to be asked the right question’.

When I have to explain it I feel much less comfortable with my mental model. I know it is naive and it may even be wholly incorrect. But does it really matter. Yet?

I reckon my model is totally fine right up until the point it isn’t. So far my interpretation of servers hasn’t prevented me moving forward. I have been able to build rudimentary web apps and used a server to host it. At some point, probably quite soon I will notice my momentum slowing down as my naïveté starts to let me down. At that point I will be ready. I will clearly see the need to expand my understanding of servers.

At that point I will look back to the resources that threatened to overwhelm me at the early stages of my journey. My teacher will appear!

Of course, only time will tell if I am building my future on a house of cards or whether my just-good-enough-to-progress mentality will work for me long term.